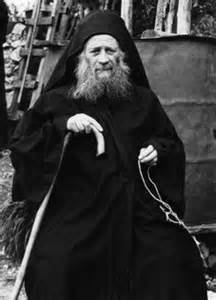 "The height of Christian perfection is that a man may descend until he becomes an absolute zero." Elder Joseph the Hesychast